As was the case last year, the 2022-23 Premier League season kicks off with a London derby, as Crystal Palace welcome Arsenal to Selhurst Park on Friday night. Patrick Vieira’s side thumped the Gunners 3-0 in this fixture only a few months ago, but Mikel Arteta has worked to plug the gaps in his Gunners XI during a productive summer. Taking four points from a possible six against his former club last season, Patrick Vieira slammed the Emirates turf in frustration when his side gave away two points in a 2-2 draw with Arsenal before witnessing his side outclass the Gunners in April. By leading the Eagles to a 12th-placed finish last season, as well as reaching the semi-finals of the FA Cup, former Invincibles captain Vieira earned a manager of the season nomination, and optimism is high around Selhurst Park under the Frenchman.

While witnessing Conor Gallagher return to Chelsea was a bitter blow, Cheick Doucoure and Malcolm Ebiowei are ready to make their mark in the English capital, and the end of pre-season was largely positive for Vieira’s side. The Eagles enter this game after back-to-back wins over Queens Park Rangers and Montpellier HSC in friendly battles, and their only defeats of the exhibition period came at the hands of Liverpool and Manchester United. Kicking off the season at Selhurst Park is just what the doctor ordered for Palace, who went unbeaten in their last six home games last season and remarkably managed to keep clean sheets in each of their last five – no mean feat with Arsenal, Man United and Manchester City all featuring in that list. Fans will soon be able to get a glimpse of what went down at Arsenal during the 2021-22 season when their All Or Nothing Amazon Prime documentary is released, including that forgettable encounter at Selhurst Park for Mikel Arteta.

While returning to continental competition in the form of the Europa League constituted a successful season for the Gunners, there was a palpable sense of disappointment after their end-of-campaign collapse allowed Tottenham Hotspur to swoop in and nick the fourth and final Champions League spot. However, if Arsenal’s pre-season is anything to go by, the Gunners will be a force to be reckoned with in the new season, as Chelsea fell victim to a 4-0 defeat to their London rivals in Orlando before a six-goal thumping of Sevilla in the Emirates Cup. Gabriel Jesus scored a hat-trick on that day and represents one of two big-money acquisitions from Manchester City this summer, with Oleksandr Zinchenko also reuniting with Arteta in North London, but the Gunners boss has urged fans and players alike not to get carried away with pre-season results.

For the third season in a row, Arsenal will begin their new campaign with a London derby; the Gunners eased to a 3-0 success at Fulham behind closed doors in 2020, but Brentford ran out convincing 2-0 winners over Arteta’s side in their first-ever Premier League fixture last term. Crystal Palace’s goalkeeping ranks have taken a couple of hits in pre-season, with new signing Sam Johnstone nursing a quadriceps injury and set to miss the opening day, while Jack Butland is out with a broken hand. Vicente Guaita should act as the last line of defence for the hosts on Friday, while James McArthur and Michael Olise are expected to miss out with groin and ankle injuries respectively, and James Tomkins is also sidelined by a muscular problem. McArthur’s absence only increases Doucoure’s chance of earning a first competitive start for the Eagles, while a front three of Jordan Ayew, Wilfried Zaha and Odsonne Edouard started against Montpellier and could do so again here.

Arsenal’s treatment room is not empty either, as Emile Smith Rowe’s groin strain is reportedly set to keep him sidelined, while Fabio Vieira, Kieran Tierney and Takehiro Tomiyasu have all been dealing with minor issues in pre-season but could make the squad either way. It would be a surprise to see any member of the trio make the starting lineup on Friday, so Ben White could very well resume his duties at right-back, allowing William Saliba to finally make his competitive debut alongside Gabriel Magalhaes in the heart of defence. Jesus and Zinchenko are also primed to feature in the first XI, while Martin Odegaard will start in his number 10 role after being confirmed as Arsenal’s new captain.

For the second season running Arsenal are kicking off the Premier League return, but they’ll hope that things go a bit better than their loss to Brentford to begin last season. There’s a fair reason to expect improvement after adding Gabriel Jesus and Oleksandr Zinchenko, Mikel Arteta is doing what he can to bring the Manchester City environment to the Emirates stadium. For Patrick Vieria, he’d like nothing more than for Crystal Palace to take the next step in their progression by toppling Arsenal to open the season. They’ve made smart additions in the transfer market and one of the beautiful things about the start of the season is that all the teams are on equal footing. Even without Michael Olise, and with Conor Gallagher gone back to Chelsea, Crystal Palace will put up quite a fight protecting their home grass.

Crystal Palace: Thanks to tours of Australia and Singapore, Crystal Palace had the unique challenge of needing to have split squads during preseason which didn’t give Vieira the best chance to work on all of the players together. Some of the players didn’t meet the entry requirements of each country but they’re all together now as he also looks to integrate new signing Chris Richards into the side. Most of the squad will be available but Michael Olise, Sam Johnstone, Jack Butland, and James McArthur will be unavailable for the match.

Arsenal: Arteta has close to a clean bill of health. Emile Smith Rowe, Fabio Vieira, Kieran Tierney, and Takehiro Tomiyasu will miss the match but with the new system that will see Ben White at right back to allow the attack to stay forward more. It gives Arsenal plenty to go forward to support Jesus while also balancing the defense when Oleksander Zinchenko goes marauding down the let flank. 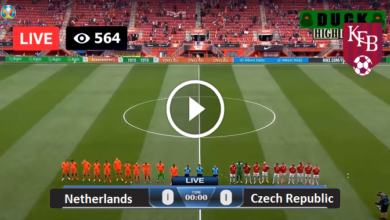 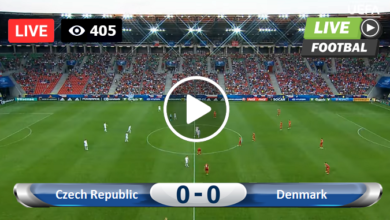