Liverpool conclude their Austria training camp with a friendly showdown against national champions Red Bull Salzburg on Wednesday evening.Jurgen Klopp’s side hit RB Leipzig for five last time out, while the hosts have already kicked off their new domestic season with a 3-0 success over Austria Vienna. Salzburg have managed to keep hold of a number of their up-and-coming prospects this summer, but it was an impossible ask for Matthias Jaissle to keep the whole group together after the continent took notice of their exploits in 2021-22. Brenden Aaronson and Rasmus Kristensen have both reunited with former Salzburg boss Jesse Marsch at Leeds United, while Karim Adeyemi will attempt to fill the Erling Braut Haaland void at Borussia Dortmund, but two young prospects in Lucas Gourna-Douath and Strahinja Pavlovic have arrived from Ligue 1.

After completing a fourth consecutive league and cup double last season, Salzburg kicked off the defence of their Austrian Cup crown with a 3-0 win over Fugen on July 15 before Austria Vienna paid a visit to the Red Bull Arena for round one of the 2022-23 Austria Bundesliga season on Friday. Jaissle’s side ultimately marched to another convincing three-goal victory thanks to strikes from Benjamin Sesko, Noah Okafor and new signing Fernando, all of whom also claimed an assist on the day, but Salzburg’s record in friendlies has left a lot to be desired. Indeed, the Austrian champions have lost their last three exhibition matches to Antwerp, Feyenoord and Ajax, but the experience of facing the best that Europe has to offer will only benefit Salzburg’s new crop of youthful starlets.

Critics of Darwin Nunez were having a field day when the £65m man struggled to find the target in Singapore and Bangkok, but the striker soon responded the only way he knew how. By scoring four goals in one game. Jurgen Klopp’s side only held a 1-0 lead at half time against RB Leipzig thanks to Mohamed Salah’s strike, but an exceptional second 45 minutes from substitute Nunez saw him make the net ripple four times to round off a 5-0 win for the Reds. Mythology was the theme as Klopp claimed that “the box of Pandora was opened” after Nunez kickstarted his Liverpool career in emphatic fashion to help the Reds win their second of three pre-season matches, and the first trophy of the season will soon be up for grabs.

Following Wednesday’s friendly, Liverpool will face off against Manchester City for the Community Shield on Saturday before welcoming Strasbourg to Anfield for their final pre-season contest a day later, and the Anfield faithful would pay good money to see Nunez replicate his feats in Germany against the Premier League champions. Salzburg and Liverpool are familiar foes after locking horns in the group stage of the 2019-20 Champions League, during which the Reds edged a thrilling contest 4-3 at home before a more straightforward 2-0 success on Austrian turf. Salzburg did not enter the new season with a clean bill of health, as centre-back Kamil Piatkowski and 18-year-old midfielder Justin Omoregie are both nursing thigh injuries.

More severe injuries are also bedevilling midfield duo Samson Tijani and Ousmane Diakite, with the former recovering from a broken leg while Diakite nurses a cruciate ligament rupture.Captain Andreas Ulmer ought to act as the veteran of the side from left-back at 36, and Sesko will expect to start up top amid reports of Manchester United keeping a close eye on his development.As for Liverpool, Joe Gomez shook off an injury scare to make the bench during the thrashing of Leipzig, but Diogo Jota, Alisson Becker and Alex Oxlade-Chamberlain are all still on the sidelines.Klopp is hopeful that Alisson will be available for the Community Shield, but Adrian will continue to act as the last line of defence with Caoimhin Kelleher also absent.

It would not be a surprise to see Nunez come into the side at the tip of the attack, and there may also be a start for Naby Keita against his former club.Jurgen Klopp’s men came out on top last time out, winning 5-0 at the Red Bull Arena. New club signing Darwin Nunez provided a stellar performance, scoring four goals after he was brought on for the second half.It has been an up and down pre-season campaign for the Reds, losing 4-0 to bitter rivals Manchester United, but coming out as comfortable winners against Crystal Palace and Leipzig.

Liverpool will be hoping to continue their recent good form in the pre-season when they face Austrian champions Red Bull Salzburg. The Reds bounced back from a sensational defeat against Manchester United in the opener to win their last few matches convincingly. New signing Darwin Nunez finally scored the first goals for his new club when he astonishingly hit four in their last match against RB Leipzig. He will be brimming with confidence ahead of this fixture and so will many of his teammates following their convincing 5-0 victory in their last game. The upcoming clash will be Liverpool’s final friendly match before taking on Manchester City in the Community Shield this weekend. 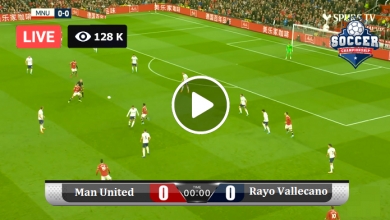 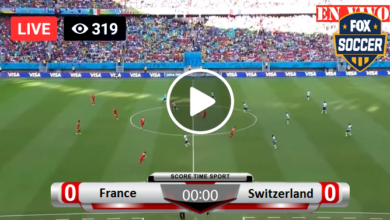 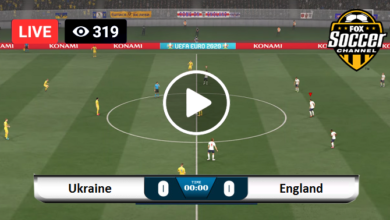