The successful completion of the preseason tour of Japan shows Paris Saint-Germain readiness ahead of the 2022/23 football season in Europe. The French football giants earned three victories against Urawa Reds, Kawasaki Frontale and Gamba Osaka. PSG, last year’s league Champions tackles FC Nantes in the French Super Cup final. The two teams have met several times in the domestic scene, with the Parisians having an upper over the Yellow Canaries. This year’s French Super Cup, or the Trophée des Champions, will be played in Israel even as the French Football Governing body continues to push for the popularity of french football in the region.

Paris Saint-Germain forward Lionel Messi added to his trophy cabinet earlier this year. He won Ligue 1 with PSG and also hoisted the first-ever Finalissima trophy after featuring in the Argentina national team’s 3-0 win over Italy. Messi could soon make more room for his trophy cabinet, as PSG is set to meet Nantes in the upcoming 2022 Trophee des Champions Final. Overall, Messi will have an opportunity to win the 41st trophy of his storied career.

He would then be a mere one trophy away from moving into a tie with longtime Brazilian fullback Dani Alves (42) for the most trophies won ever by a player.Messi has had plenty of trophy celebrations over the course of his career, which include four UEFA Champions League titles and the 2021 Copa America triumph with Argentina.

For now, much attention sure will be on whether PSG manager Christophe Galtier will opt to start Messi against Nantes or decide to instead bring him off of the bench. Paris Saint-Germain are returning from the tour of Japan where they earned three victories against Japanese football giants Kawasaki Frontale, Urawa Reds and Gamba Osaka. The Parisians began the Preseason with a comfortable 2-0 win over Quevilly Rouen. PSG’s new manager Christophe Galtier is not new to the terrain.

He won the French Super Cup in 2021 with Lille, beating PSG to the crown. Right now, he has been tasked with managing the French giants. PSG stars like Neymar Jr, Mbappe, Sarabia and Lionel Messi are expected to be in action. Portuguese midfielder Vitinha could make his first competitive debut for the club against FC Nantes. FC Nantes won the French Cup last May following the defeat of Nice in the finals. Paris Saint-Germain host FC Nantes in Ligue 1 on Saturday, looking to put pressure on title rivals Olympique de Marseille ahead of their clash with FC Metz at the Stade Velodrome on Sunday.

The French champions welcome Les Canaris to the Parc des Princes and can take a provisional two-point lead if they win. Up until their 2-0 loss in Marseille one week ago, Michel Der Zakarian’s side boasted the strongest defensive record in Le Championnat and had shipped just nine goals. However, they have conceded four in two matches with defeats to both Marseille and Toulouse and have slipped to seventh.

PSG’s winning run of nine matches in all competitions is now over thanks to Wednesday’s 1-1 draw away at Lille OSC. Laurent Blanc’s men will be looking to get back to those winning ways in order to prepare for next week’s crunch UEFA Champions League clash with Barcelona without concerns over domestic form.

FC Nantes were involved in four friendlies in preparations for the new season. The Yellow Canaries managed two victories but were pegged back by Rennes on their last friendly. Paris Saint-Germain is going head to head with FC Nantes starting on 31 Jul 2022 at 18:00 UTC at Bloomfield stadium, Tel Aviv city, Israel. The match is a part of the Trophée des Champions. On you can find all previous Paris Saint-Germain vs FC Nantes results sorted by their matches. also provides the best way to follow the score of this game with various sports features.

The big story from the PSG camp for the Trophee des Champions is undeniably the suspension of Kylian Mbappe, who will serve a one-game ban for an accumulation of bookings at the end of last season. Hugo Ekitike has also been left out of the squad, so Mauro Icardi may very well be given the chance to lead the line alongside Neymar. Galtier is not reported to be working with any injury concerns for Sunday’s Super Cup clash, and a three-man defence should consist of Presnel Kimpembe, Marquinhos and Sergio Ramos, with Achraf Hakimi also keeping Mukiele out of the side for now.

Vitinha has already cemented his place in the PSG midfield, where he should be joined by Marco Verratti amid speculation surrounding Idrissa Gueye, Georginio Wijnaldum and Leandro Paredes’s futures. Meanwhile, Nantes are still waiting for left-back Charles Traore to recover from his ACL rupture, and Les Canaris were inevitably forced to wave goodbye to Randal Kolo Muani, who joined Eintracht Frankfurt on a free transfer.

In response, Kombouare has brought in Mostafa Mohamed and Evann Guessand on loan from Galatasaray and Nice respectively, while Moussa Sissoko is also back in his homeland after leaving Watford for a £1.8m fee. Highly-rated goalkeeper Alban Lafont is still on the books and will start here, while Traore’s injury means more opportunities for 20-year-old Quentin Merlin on the left-hand side. 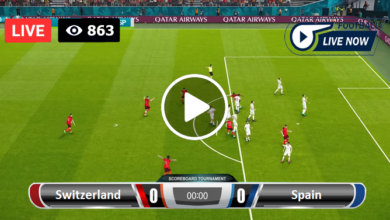